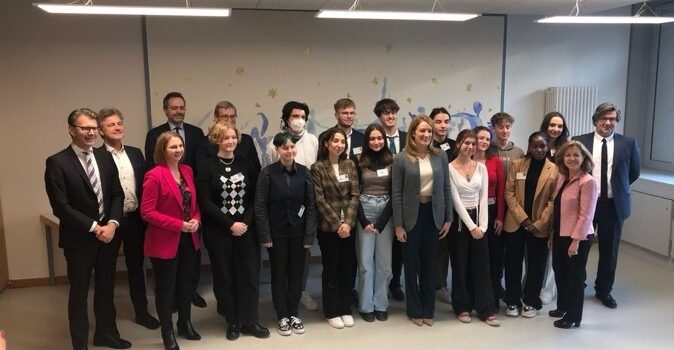 On the 24th November, the European School of Karlsruhe had the honour of a receiving a visit from the president of the European Parliament, Roberta Metsola. The MEC students were given the wonderful opportunity to interview and directly speak to her and other MEPs in a very informal environment. Here are some of the questions that were asked.

Elena asked Mrs. Metsola if the European parliament had put any measures in place to lessen the impact of the cost of living crisis and what those measures may be.

The reply that Mrs. Metsola gave was that the countries in Europe must work together in order to overcome this problem, but, each member state must decide on their own measurements and restrictions. She also said that Europe has enough gas to get through this winter, as long as the temperatures do not drop too low, however, there is concern about whether or not there will be enough gas for early 2023.

The question Careen asked was “In March 2022, a report by Eurostat found that Malta had the lowest share of women in their parliament in the EU. As a woman who has a high role in the European Parliament, what do you think of this statistic, and how can this be changed?”

Mrs. Metsola said that even though there were few women in Malta’s parliament this has changed and currently there are more women than previously in the Parliament. She told us that she didn’t become the European parliament president because she was a woman, but because she is capable and her abilities proved that she was a good candidate for the role. She says it was difficult to get where she is and that she is grateful for women in the past, who fought for theirs and future women’s voices to be heard. She told us how when she was running she was often questioned about how she would deal with such a high-pressure job while having children to which she would respond, “Are you asking my husband the same thing”.

Jasmin asked: “Russia’s embargos and sanctions will cause a lot of economic backlashes for industries as well as for households. What do you suggest doing, to help the economy, regarding inflation and the increasing oil prices?”

Her response to this question was, that we need to find new innovations and new industries to get our gas from. She was talking about us managing the year with the increasing gas prices, but poorer families struggling. Therefore, we have to help low income families to get through the year. The predictions right now, are that we will get through the year until January possibly February, and until then we have to find new solutions. She suggested that the temperatures should be limited to a maximum of 19 degrees Celsius. Her response included the phrase „every country has their own reality “, which she meant in a way, that suggests every country to try and find solutions that fit for them and their people. 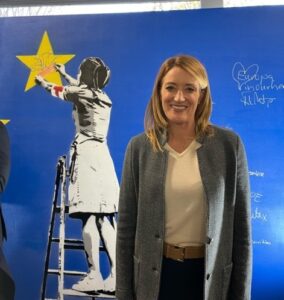 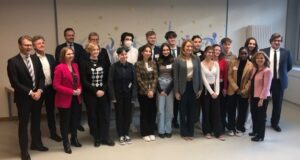